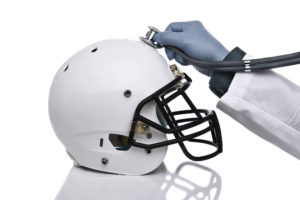 Minnesota’s top court recently shot down a workers’ compensation award claim from a former Minnesota Vikings defensive lineman, although the ruling suggests their decision was mainly based on the statute of limitations and not his actual legal grounds.

The Minnesota Supreme Court ruled last week that Alapati “Al” Noga was not entitled to permanent and total disability benefits as a result of injuries he suffered while playing for the Vikings, reversing a decision made by a lower court. Minnesota’s top court ruled that the Vikings and their insurance providers were not responsible for providing benefits despite Noga’s dementia diagnosis.

In their opinion, they ruled that Noga didn’t satisfy the state’s statute of limitations and therefore was ineligible for benefits, and the court also argued that the connection between football and long-term neurological disorders had yet to be scientifically documented. According to state law, injured employees have three years to file for damages from the date the employer makes a written report of the injury, and it can’t exceed six years from the data of the injury. Noga played 73 games for the Vikings from 1988 to 1992.

In 2003, his doctor noted that his blackouts and headaches could be attributed to his time playing football, and Noga received a compensation award for orthopedic issues in 2004. The court then ruled that 2004 was the date both Noga and the Vikings became aware of the neurological symptoms as they were laid out in the stipulation for settlement. However, Noga argued that because the Vikings’ team doctors treated his headaches with pain relievers while he was playing, they were aware of his head injuries and thus the statute of limitations should be waived. The Vikings argued against this holding, and the judge sided with the team, meaning that 2010 would have been the last time Noga could have filed for a Gillette injury claim. Therefore, his 2015 workers’ compensation claim did not fall within the statute of limitations.

“We cannot attribute to the Vikings an acceptance of responsibility for Noga’s later-diagnosed dementia when, at most, the care of the Vikings staff provided indicated acceptance of responsibility for Noga’s headaches and related symptoms,” wrote Justice Natalie Hudson wrote in the majority opinion. “Absent an applicable exception, the statute of limitations on Noga’s Gillette claim expired, at the latest, in February 2010.”

This will certainly impact other athlete claims in the future, but for the average worker, it’s also a cautionary tale of filing an injury claim as soon as possible. Don’t wait to see if symptoms get better or worse. If you’ve been injured at work, the clock is ticking on your claim to rightful benefits. Contact Margolis Law Firm and get started on your claim today.

Latest posts by admin (see all)

The information contained on this site is intended to provide only general education. It should NOT be regarded as specific legal advice to anyone. Individuals should always consult a licensed and qualified lawyer regarding their specific situation.